With Frogworld, the first public NatureSims™ VR prototype, now available on Oculus and Steam, I am turning back to the project that first inspired me to start along this path. The primary goals of NatureSims™ have always been to allow players to experience the world as other animals do through gamified, first-person VR simulations, and to build empathy for these animals and greater understanding of the issues they face through those experiences. All in the hope that this will inspire players to be more thoughtful caretakers of our shared planet.

As an educator and lover of nature, I see this as an exciting use of emerging technology—what better way to learn about an animal’s life cycle, habitat, and perceptual world than by experiencing them first hand? How better to make complex environmental issues like climate change more salient than by actually experiencing their effects on some of our most beloved, yet vulnerable animal cousins?

Forget “walk a mile in my shoes.” Try flying a thousand miles with these little wings.

Imagine flying across the country with 10 cm (~4-inch) wings, using thermals—columns of rising air—to reach heights of two kilometers or more and soaring like a hang glider over lakes, forests, fields, and cities as you inch closer to your wintering spot in Mexico before stopping for a quick drink and settling down for the night. Or weighing less than a sheet of paper and having to contend with the rain and high winds of summer storms made more frequent by climate change. Or, on a brighter note, flitting from flower to flower with eyes that perceive the world in UV-enhanced tetrachromatic vision (for a visual example of simulated butterfly vision, see this Youtube video).

This is the world of the monarch that I hope to bring to life in The Monarchy. A simplified, but scientifically accurate simulation of the monarch’s habitat, life cycle, and perceptual world as we currently understand them. This will be the most ambitious project I have started to date, incorporating the work of dozens of academic researchers into a first-person, interactive VR simulation that takes players on a journey from a tiny caterpillar to a full-size migrating adult butterfly, and is playable on both PC VR headsets like the Valve Index as well as mobile headsets like the Oculus Quest. 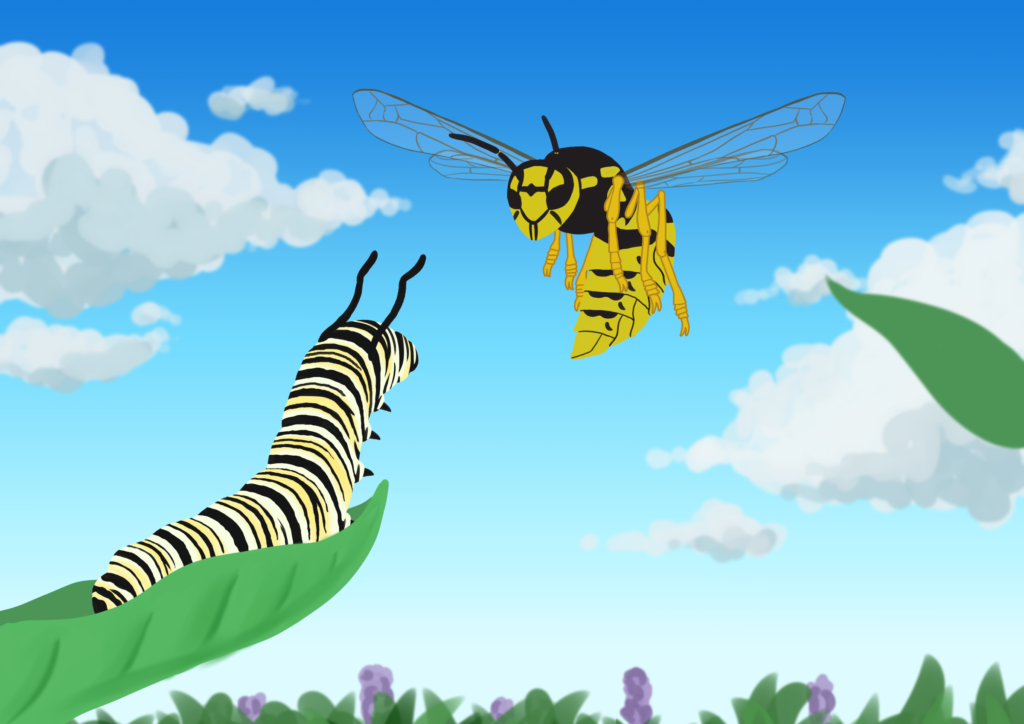 In addition to being fun and research-based, it is important to me that The Monarchy both promotes and helps connect players to real-world conservation efforts. Toward that end, I am excited to announce a partnership with Monarch Joint Venture (MJV), a nationally-recognized nonprofit dedicated to protecting monarchs and their migration through education and conservation efforts. I look forward to working with MJV to build a simulation that builds on and supports their important work, educating players and inspiring them to become community scientists in their own communities.

Development is underway, and I will be posting a series of dev posts discussing the creation of and research behind various aspects of the simulation as they progress, beginning with the creation of the adult monarch butterfly avatar. I also plan to release my first playable prototype for public enjoyment/testing within the next couple months on Steam and Sidequest, and to have a full, playable demo available to the public this fall. Please stay tuned for more! 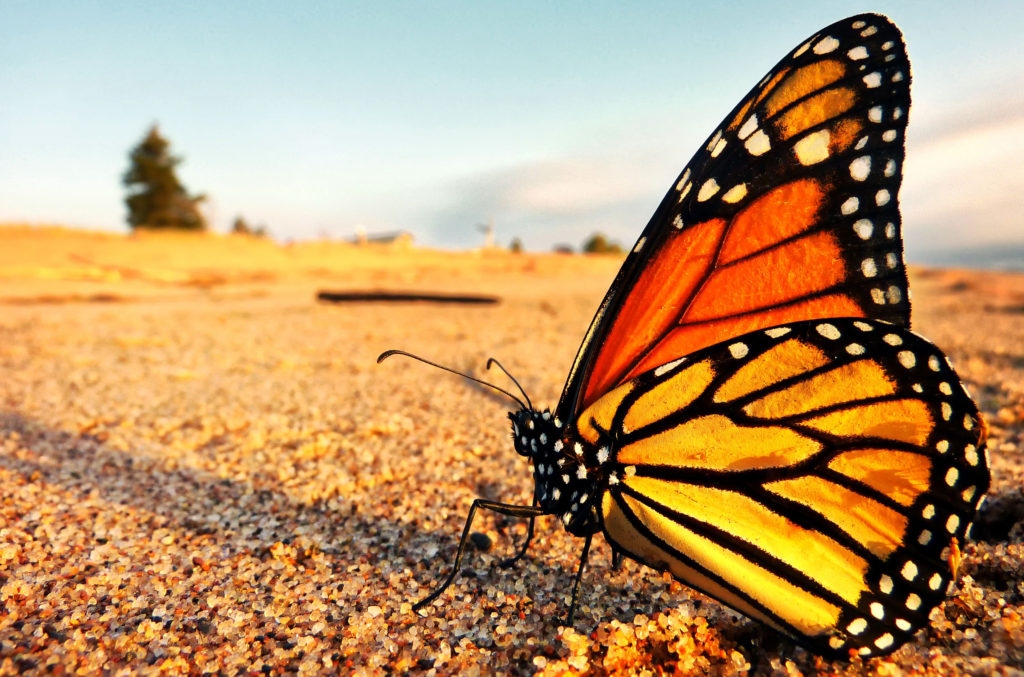 The monarch butterfly, Danaus plexippus, is perhaps the most well-known and beloved butterfly in the world. A favorite topic in classrooms throughout North America, it may also be the most well-studied butterfly in the world, the focus of many thousands of scholarly articles. Native to North and South America, monarchs can now be found as far afield as New Zealand with populations expanding their terrain in search of  warm areas where milkweed grows, the essential food source for monarch larvae. Relatively large (for a butterfly) and beautifully marked, each year millions of monarchs from the central and eastern US fly thousands of miles to reach their wintering sites in central Mexico.

Most monarchs live relatively brief lives, around 4-5 weeks, but these migratory generations must live long enough to survive their arduous journeys to Mexico with enough stored energy to outlast the winter and begin the migration back to the US the following spring—a return journey that will only be completed by their progeny.

The species currently faces a severe decline in numbers. Populations in the western US may already have fallen below extinction-level thresholds, having decreased by 99% over the past few decades. Populations in the central and eastern US are not faring much better, with decreases of 70%, putting the annual migration itself under increased risk.

There are many reasons for this decline, including habitat destruction, pesticide use, and, of course, the warming temperatures and increased frequency of extreme weather brought on by climate change. A petition to list the species as officially “threatened” under the Endangered Species Act stalled-out in December, with the US Fish and Wildlife Service stating in a press release that while “adding the monarch to the list of threatened and endangered species is warranted” it is “precluded by work on higher-priority listing actions.”

Saving the monarch means rebuilding its natural habitat and halting climate change. Both are hard problems to solve. But climate change, in particular, is a notoriously difficult challenge to address as people have a hard time rallying around gradual, somewhat nebulous issues that often don’t seem to impact them directly. The fact that climate change has become so politicized in the US makes the problem even more challenging. I hope The Monarchy will help inform the public about these issues and inspire them to do what they can to support monarch populations and build healthy, natural habitats in their own communities.

This website uses cookies to improve your experience while you navigate through the website. Out of these, the cookies that are categorized as necessary are stored on your browser as they are essential for the working of basic functionalities of the website. We also use third-party cookies that help us analyze and understand how you use this website. These cookies will be stored in your browser only with your consent. You also have the option to opt-out of these cookies. But opting out of some of these cookies may affect your browsing experience.
Necessary Always Enabled

Any cookies that may not be particularly necessary for the website to function and is used specifically to collect user personal data via analytics, ads, other embedded contents are termed as non-necessary cookies. It is mandatory to procure user consent prior to running these cookies on your website.